A church built to fulfil a vow 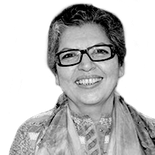 With additions to original article as it appeared in The Hindu

The story of how Colonel Skinner built St. James Church in Delhi

A walk down the road in front of Kashmiri Gate, Delhi, is no less than a walk down history. The crowded Lothian Road can be rather disconcerting for someone who is lost in thought, so I was glad when I reached the huge iron gates of St. James Church, or Skinner’s Church as it was known earlier. I walked past the spacious, well-manicured grounds and entered the church. I was in for a treat — the two huge stained glass windows behind the altar, depicting the crucifixion and resurrection of Christ, are exquisite.

It was at this church that successive Viceroys attended Sunday services from 1911 till the Cathedral Church of the Redemption, also known as the Viceroy Church, was built in 1935.

Regular service is held in the church. A sense of peace prevails but it quickly disappeared when I glanced at the plaques on the walls.

I was transported back to 1857, to the hot summer and cool monsoon months from May to September. This was when there was a lot of bloodshed, when battles were fought between the Indian sepoys and the British officers and soldiers of the East India Company, when, after the fall of Delhi to the British, the hopes of the Indian sepoys who had risen against the East India Company under the Mughal emperor were dashed forever.

The walls bear memorial plaques for the Europeans and Indian Christians killed during the First War of Independence. These include Chimun Lal, physician to the Mughal emperor who ran a dispensary in Daryaganj, and the Beresford family. George Beresford was the manager of Delhi Bank, which was started in Begum Samru’s palace in Chandni Chowk where the Central Bank is located today. He and his wife were killed while trying to stop the Indian sepoys from looting the bank on May 11, 1857.

The St. James Church church was consecrated in 1836. Built at a cost of ₹95,000 by Colonel James Skinner (1778-1841) from his own funds, it took 10 years to build. When he lay wounded in the battle of Uniara in 1800, Skinner had vowed that he would build this church if he survived. It was built opposite his own haveli and designed by Major Robert Smith, a British army engineer. The architecture is Palladian and the design is on a cruciform plan. The three porticoed porches and the majestic central dome with its ball and cross on top strike the visitor first.

Skinner, a mercenary, was the son of a Scottish father and Rajput mother. He was popularly known as Sikander Sahib. He raised an irregular light cavalry regiment known as Skinner’s Horse, as it was a regular practice for resourceful men to raise irregular fighting units and pledge them, and themselves, to the various factions that were fighting territorial wars in the 18th and 19th century. He served with his regiment under Maharaja Scindia initially. When Scindia fought against the East India Company, he joined the latter as he didn’t want to fight the British. The regiment is still a part of the Indian Army as 1st Horse (Skinner’s Horse). Skinner died and was buried in Hansi before his remains were moved to the St. James Church.

“Here rest the remains of the late Colonel James Skinner C.B., who departed this life at Hansi4th December 1841.The body was disinterred, removed from Hansi and buried under this on the 19th January 1842.

As the uniform of the soldiers of Skinner’s Horse was a bright yellow, they were often referred to as the Yellow Boys. It’s entirely appropriate that the church is also painted yellow.

Another important personality buried in front of the church is William Fraser, the Commissioner of the territory of Delhi. He was murdered in 1835. Nawab Shamsuddin Khan, of Loharu and Ferozepur Jhirka, and father of the noted Mughal poet Daagh Dehlvi, was charged and hanged for his role in the crime. Skinner, whose friend was Fraser, played a major role in catching the assassins.

The inscription written by Skinner reads:

“The remains interred beneath this monument were once animated, by as brave, and sincere a soul, as was ever vouchsaved to man by his Creator;A brother in friendship, has caused it to be erected, that when his own frame is dust, it may remain as a memorial for those, who can participate in lamenting, the sudden and melancholy loss of one, dear to him as life.William FraserDied 22nd March 1835”

When St. James Church was ready, Skinner shifted his friend’s body from the local church to the present location.

The beautiful white marble mausoleum which Skinner had got built for his friend was damaged in 1857. Today, a simple grave with the memorial epitaph inscribed by Skinner survives. The Skinner family cemetery, with its exquisite marble mausoleums, is also worth a visit. Many of Skinner’s wives and later descendants were Muslim, so we find Persian and Urdu inscriptions mingled with English.

The church was damaged during the 1857 uprising and repaired later. There is an excellent conservation plan in place. INTACH, the Delhi chapter, which is in charge, has been taking remedial action.

The Flowers that Bloom on Taj Mahal

The Flowers that Bloom on Taj Mahal

by ranasafvi
No Result
View All Result